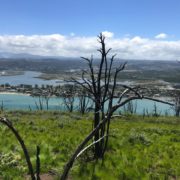 ARE YOU A LOCAL BUSINESS OWNER? Would you like to see change in the Knysna business...
Scroll to top